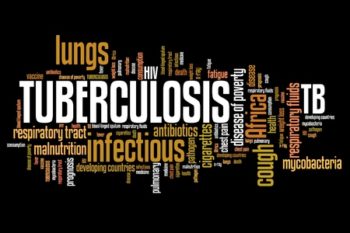 Historical records indicate that tuberculosis has been a serious community health disease for centuries. Also known as Consumption, Wasting Disease, and the White Plague, tuberculosis was thought to be caused by unhealthy lifestyles and genetics. It wasn’t until the 1860s that scientists discovered the bacterium that causes tuberculosis, mycobacterium tuberculosis. Unfortunately, it took another 80 years (1940) before an antibiotic was discovered that could kill the mycobacterium tuberculosis bacteria. Once antibiotics were discovered to combat tuberculosis, the number of individuals contracting the disease decreased until the 1980s, when cases again began to increase as a direct result of the increase in individuals who were immunocompromised by HIV.

The Centers for Disease Control and Prevention estimate that 4-6% of all cases of tuberculosis in the United States occur in individuals who are incarcerated at the time of their diagnosis. Tuberculosis prevention and control measures in the correctional environment include early identification of persons with TB disease and those with Latent TB Infection (LTBI). They also include successful treatment of both individuals with TB disease and those with LTBI. The appropriate use of airborne precautions, such as isolation, environmental mechanical controls, and respiratory protection; and comprehensive discharge planning for the patient with TB disease or LTBI are also integral to a comprehensive program of TB prevention and control in the correctional setting.   These measures must necessarily be implemented in collaboration with the local and state health departments. To promote understanding, cooperation, and program participation, healthcare staff, correctional staff, and inmates should participate in regularly scheduled continuing education regarding tuberculosis and its treatment.