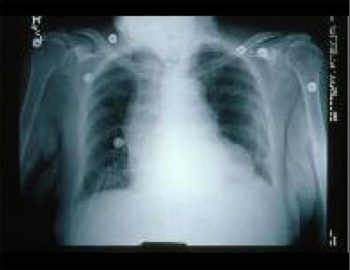 Heart Failure for the Correctional Nurse

According to the American Heart Association, almost 5.7 million Americans of all ages are affected by heart failure. Overall, it is responsible for more hospitalizations than all forms of cancer combined, and for medicare patients, heart failure is the number one cause of hospitalization. Due to the improved survival of patients with acute myocardial infarction and with a population that continues to age, heart failure will continue to increase in prominence as a major health problem in the United States. Currently, heart failure accounts for 34% of cardio-vascular deaths in the United States. With almost 670,000 new cases of heart failure diagnosed every year, it is also the fastest-growing clinical cardiac disease entity. Research has shown that patients with heart failure have a re-hospitalization rate of 50% during the first six months following discharge. Blacks, Hispanics, Native Americans and recent immigrants from developing nations and the former Soviet republics have a greater prevalence of heart failure. This is due to the increased prevalence of hypertension and diabetes. It is also related to lack of preventive care, lack of treatment, or substandard treatment for common chronic conditions like hypertension, diabetes, rheumatic fever and ischemic heart disease. Although the prevalence of heart failure is similar in men and women, there are differences in its presentation. Women typically develop heart failure later in life than men do. Women live longer with heart failure, although the symptoms are more pronounced and they are more likely to develop depression as a co-morbidity.

In the correctional environment, we are seeing an increased aging of the population. With this “graying” of our patients, it is expected that we will be caring for more patients with heart failure. For the correctional nurse, then, it is important that they understand the disease, its causes and treatments, so that they can better care for their patients and provide accurate and understandable patient education.