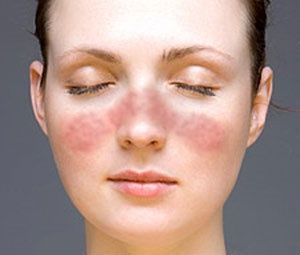 Systemic Lupus Erythematosus (SLE) is a chronic, inflammatory disease of unknown cause that can affect virtually every organ. Immunologic abnormalities, particularly the generation of autoantibodies, are another key feature of the disease. It typically follows a remission and relapsing disease pattern. More than 90% of the cases occur in women, with the majority of them manifesting around childbearing age.

The Lupus Foundation of America estimates prevalence of the disease to be at least 1.5 million cases, which likely reflects the inclusion of milder forms of the disease. The frequency of SLE varies by race and ethnicity, with higher rates reported in blacks and Hispanics.  Worldwide, the prevalence of SLE appears to vary by race. However, there are different prevalence rates for people of the same race in different areas of the world. The contrast between low reported rates of SLE in black women in Africa and high rates in black women in the United Kingdom suggests that there are environmental influences.  In general, black women have a higher rate of SLE than women of any other race, followed by Asian women and then white women.  In the United States, black women are two to four times more likely to have SLE than white women.

Mortality in patients with SLE has decreased over the past few decades; currently, the average 10-year survival rate exceeds 90% and the 15-year survival rate is approximately 80%.  In the past, mortality was attributed to the disease itself, but today, mortality is often a result of medication side effects (e.g. fatal infections in individuals receiving potent immunosuppressive medications) or cardiovascular events.

The presentation of SLE may vary significantly in each patient because it has clinical manifestations that can affect nearly every organ (but typically does not affect all organs). The most common pattern of symptoms is a mixture of physical complaints with skin, musculoskeletal, mild hematologic, and serologic involvement, although some patients have only one type of symptom (i.e. hematologic, renal, or central nervous system) that is the predominant manifestation. Usually the symptoms that appear during the first few years of the illness tend to be prevalent throughout the course of the disease.

In this class, we will review the pathology and manifestations of SLE, and we will discuss common nursing interventions for the patient with SLE.